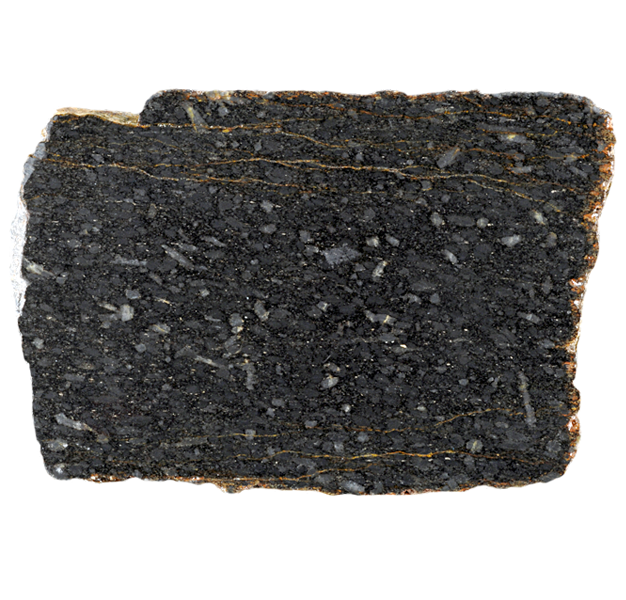 Tom Argles sample (tom6) - originally made for S288? but also used in the UKVM.

This sample of andalusite-cordierite hornfels comes from the aureole of the Skiddaw granite in Cumbria, and is part of the Skiddaw Group, a series of deformed pelitic rocks that were thermally metamorphosed by the Skiddaw granite around 400 million years ago. The Skiddaw Group were originally a thick sequence of Ordovician mudstones and siltstones. Recrystallisation of the original aluminous sediments occurred during the contact metamorphism associated with granite intrusion forming the andalusite crystals that are visible in hand specimen.

In thin section the square and elongate andalusite crystals are white in ppl and low first order colours between crossed polars. These andalusite crystals exhibit unusual crystal shapes with darker inclusion rich zones forming star shapes at the corners of the square cross sections. This variety of andalusite with carbonaceous material preferentially concentrated along crystallographic planes is known as chiastolite. Accompanying the andalusite is another metamorphic mineral, cordierite which forms indistinct, rounded crystals containing many inclusions of biotite and quartz, giving it a mottled appearance. The thin section also contains fine grained quartz, feldspar and biotite.