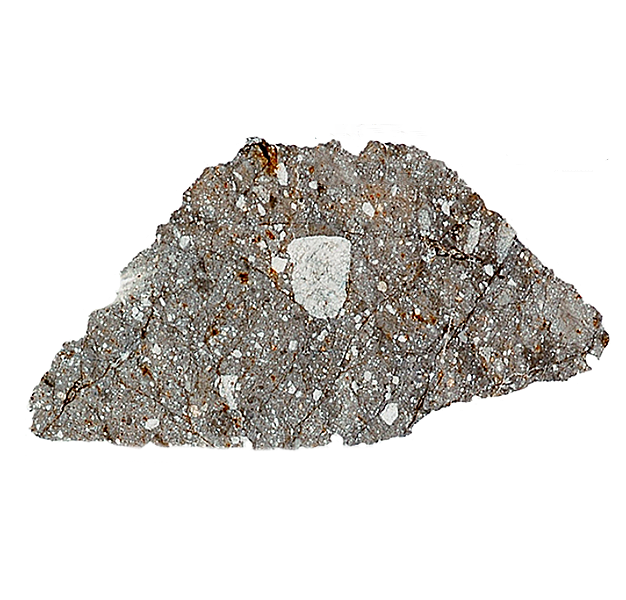 Sayh al Uhaymir 300 was found in February 2004 in the Oman desert. It is an olive-green flat and rounded rock with a resinous luster that may be due to desert weathering, since it has no fusion crust. The interior of the sample reveals a medium grey brecciated matrix with lighter clasts, metal flakes, and small vesicles. Clasts within the breccia include troctolite, anorthositic olivine gabbro, olivine gabbro, anorthosite, wehrlite, dunite, clinopyroxenite, and gabbro. These rock types exhibit hypidiomorphic-granular, subophitic, poikilitic, and granular textures.

The sample weighed 156.2 grams before analysis and has not been dated.