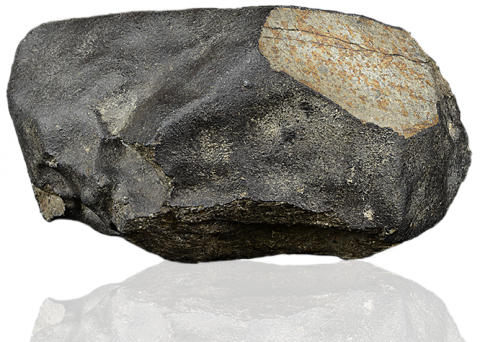 Meteorites are amazing objects, some are primitive rocks with features that formed in the early solar system, some are almost entirely metal. Meteorites are generally only found in museums or private collections but we've worked with the Natural History museum to digitise their collection of stones and thin sections that have fallen in the UK and Ireland and have added to the collection with some examples from the Sedgwick Museum in Cambridge and the Hunterian Museum in Glasgow. We've managed to find examples of almost every UK meteorite in their collections and we've also included the only two impact deposits known to have formed in the UK, one in Scotland and one in SW England.

As you look at them, remember that these are rocks made of the same ingredients as rocks on Earth but the thin sections show you that they are often very different to terrestrial rocks. Most of the meteorites in this collection are primitive and contain characteristic features such as chondrules. Many of the meteorites in the collection are covered in the characteristic fusion crust, a thin layer of melted rock formed by friction the Earth's atmosphere as the meteorites fell. Even the solid metal meteorite Rowton has a melted layer at its surface and was eroded by its passage to Earth, making it a beautiful rounded object which you can turn around and zoom in on using our 3D object. Take a look at the Widmanstätten pattern of intergrown metal crystals inside Rowton, and also some of the other objects with a huge range of textures.